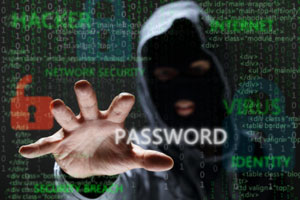 Several of Mark Zuckerberg’s social media accounts were hacked earlier this week. Facebook and Facebook’s sister company Instagram were not among the list, eliminating much room for controversy, but the breach nonetheless serves as an important security reminder: Anyone’s account can be hacked if he or she is not careful – even someone as tech savvy as Mark Zuckerberg.

A group going by OurMine announced its successful breach via Zuckerberg’s Twitter account and also tweeted from its own account the password that the Facebook CEO and co-founder allegedly used to access multiple platforms. (OurMine’s Twitter account has since been suspended.) In this day and age, it is easy to assume such data breaches cannot be prevented and, to be fair, it is unclear whether this latest hack was part of the infamous 2012 data breach. That said, it’s not shocking why OurMine was successful; Zuckerberg’s password was “dadada.”

Zuckerberg certainly could have practiced more caution when it came to his security choices, but he’s not alone. Who has not been tempted by simple combinations that are easy to type and also easy to remember? Convenience is tempting. Just remember that it has a price too. Moreover, there are several simple low-to-no-cost ways you can prevent your accounts from being compromised:

Avoid using the same password for multiple accounts.
The No. 1 way to protect your privacy is by using a different password for each account and updating these passwords on a regular basis. There are a host of free applications that can help you keep track of your passwords. You’ll need a password for such apps too, but isn’t remembering one combination is easier than remembering 15?

Delete or update dormant accounts.
Some systems automatically ask users to regularly update their passwords. Regardless of which system you’re using, this should be common practice. Social media allows you to communicate with the world instantaneously, so imagine what damage a hacker could do to you or your reputation, especially if your account is left unmonitored for long periods of time. If you don’t use an account often and don’t want the responsibility of regularly managing your account, your best bet is to delete it altogether.

Utilize two-step authentication.
You could have the strongest password in the world, but there'd still be a chance a hacker would be able to figure it out. Two-step verification, offered by such platforms as Gmail and Twitter, heightens your security by not only asking for what you know (a password) but also what you have (a phone). Anytime you attempt to log in from a new device or location, you will receive a text message with a code necessary to complete the process. Sure, such a practice can be time-consuming and tedious, but it can also prevent headaches in the long run.

Create complex passwords.
Passwords like “dadada,” “1234567” and “password” are simple and therefore popular. If they are popular, hackers know about them. Opt for a strong password, which is 12 letters long and uses a combination of capital letters, lower-case letters and special characters. Don’t fret if creativity isn’t your specialty; there is at least one entrepreneur offering to create custom passwords for a reasonable price of $2 each.

Be careful what you click on.
Were you, out of the blue, contacted by someone you haven’t spoken to in a while? Is the grammar somewhat questionable? Before clicking on any links, reply to verify the sender’s identity and make sure that your contact, not a hacker, sent the message. This advice may seem like a no-brainer, but sometimes – in a moment of excitement – we overlook subtle clues that we come to regret later.

All in all, don’t have any regrets; always be careful when it comes to your personal or professional information. If you'd like to discuss more in-depth security options for your eCommerce business, contact the experts at San Diego Media today: 1.800.808.8696 or click here.