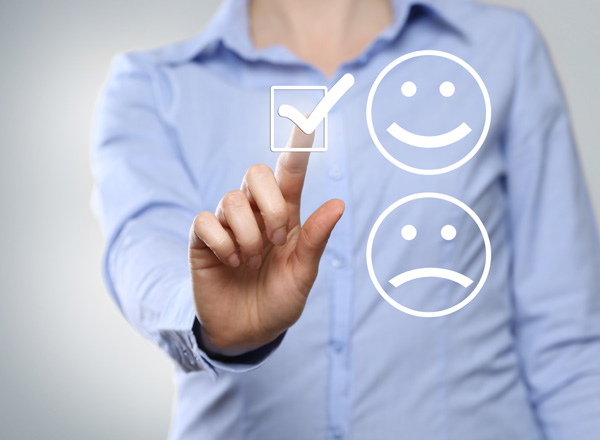 It probably comes as no surprise that when sifting through the infinite retail options available today, consumers place higher value on sources they consider unbiased than on polished ads. Though you may have a stellar reputation, at the end of the day consumers will likely see your small business as a company looking to make a profit at their expense. Fortunately, there’s a consumer-based trend that you can use to your advantage: the rise of user-generated content (UGC).

So what exactly is user-generated content, you ask? It’s the marketing term for something every American is familiar with today. It’s the Facebook post your friend wrote about his new toolbox. It’s the book bag your daughter reviewed on her YouTube channel. It’s your Yelp review of the new sushi restaurant down the street.

People have smartphones equipped with sophisticated cameras that can do just about anything, and people have access to a world of apps that can connect them to just about anyone. Thanks to social media, UGC is everywhere. That said, its quantity does not compromise its quality, or at least its effectiveness. User-generated content is extremely useful for consumers and businesses alike.

Let’s consider a hypothetical but realistic situation. You’re browsing the aisles of your favorite bookstore when a title of a book piques your interest. You read the back cover and your interest grows. You then proceed to go online to see what those who bought the book have to say. It turns out that the publisher’s synopsis is misleading, highlighting what of course would be most fascinating to the average reader. In reality, the book dedicates chapters to esoteric topics that do not interest you. You put the book down and feel good because you didn’t waste your money.

With user-generated content, consumers can receive information about a product from a third-party source that has nothing to gain from a sale. At the same time, UGC is useful for businesses because they don’t have to spend as much energy or money on advertising. The fact of the matter is that people love talking about their experiences no matter the subject. Books, phone cases, clothes, movies, you name it – their sales are all influenced by UGC, and the stats are there to prove it.

According to a 2015 Revoo study, 70% of consumers value peer reviews over professionally written content. Likewise, a 2012 study by Bazaarvoice found user-generated content influences the purchases of about 90% of millennial consumers. In other words, what the general public is saying about you is more important than ever. And this type of content isn’t just useful for new businesses looking to establish a reputation. Even the globe’s most popular and well-known brands – from Coca Cola to Burberry – are launching UGC campaigns.

Customer reviews and recommendations will boost your credibility given that you have a quality product. It’s still your responsibility to start the conversation in the first place by advertising your product. In fact, comScore found that combining professionally produced content with UGC increases conversion rates by 28 points.

The way commerce works is certainly changing, but that’s not to say businesses are losing control. Successful marketers are simply altering their approach to shape a dialogue rather than broadcast a speech. No matter what, consumers will not consider your B2C business a peer. Instead of generating loads and loads of content to try to change this reality, let the people advertise for you.

Need some help getting the ball rolling? Contact San Diego Media today at 1.800.808.8696 or by filling out this brief e-form.